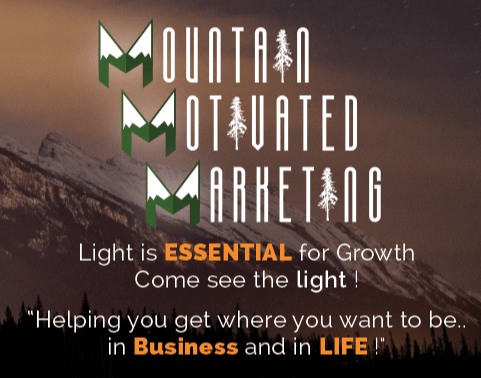 The curiosity got the best of you… ‘eh?

The Book of Rōb link.

What could THAT be about?
Well… simply put… this is the biggest and
most consuming passion I currently have in my life.

Allow me to explain.

The book of Jōb is a GREAT book and it deals with incredible FAITH even while in the direct line of unimaginable suffering.

The book of Jōb teaches us that
NO MATTER what trials are bestowed upon us,
our FAITH should never be called into question.

As long as we “Give it all to God” and keep our Faith intact,
He will get us through ANYTHING!

I have been working hard on a book called…

The Book of Rōb…
The MODERN DAY Book of Jōb.
“A book written by a man who SHOULD
be writing a book called…
There’s NO WAY there can be a God
and here’s 20 reason why
…but instead, he has written a book that will
CONVINCE Non-Believers and skeptics that
God is VERY real and ready to work in YOUR life”!

Folks… if you’ve never read the Book of Jōb… please do so.
It WILL inspire you!

Jōb was SUCH a Godly and RIGHTEOUS man.
He did everything right.
YET… he… (purposely) was made to
encounter UNIMAGINABLE suffering.

He lost EVERYTHING including
all of his children and his wealth.

You’ve no doubt heard the saying…
“The Lord Giveth… the Lord taketh away.”
Well… that saying comes from the Book of Jōb.

He was even covered with horribly painful boils
which ravaged his entire body.

His own WIFE basically told Jōb that
he was CRAZY for continuing
to HONOR and PRAISE God
…considering all that had happened to him,
and that he would be better off DEAD!

That came from his WIFE!

Yet… the Faith of Jōb could NOT be diminished.

He continued to give ALL Glory to God.

And due to his devotion and continuous Faith in God,
Jōb was rewarded and ended up having
MUCH more than he had previously!

My book… is about
UNSHAKABLE FAITH!

As you may have read on the
“Watt Drives ME”
page of this site
…God has PROVEN himself to me.

You will read about this “Proof” in the book.

Bottom line is this:
This book is a direct “Directive” from God.

He let me know that I am supposed to write this book, and through this book, many, many people will have an entirely new outlook on their LIFE and their FAITH and what they believe!

Trust me when I tell you… God has tested me.

I’ve had some UNBELIEVABLE things happen in my life.

I’ve come very close to drowning…TWICE. Had that ” Life flashes before my eyes” moment as I knew I wouldn’t make it to shore.
I’ve had VERY scary medical scares…and twice…I was resigned to thinking that death was near.
I HAD Coronavirus…and THAT was INTENSE… knowing I had something inside of me that had taken the life of so many others.
Yet……I wasn’t afraid. If I was going to spend ETERNITY with God sooner than I thought…well…YIPPEE FOR ME !

I’ve been lied to, lied about, been taken advantage of, been stolen from, and have had people try to destroy me out of greed and their own inability to understand and cherish the word “Honesty.”

People often think that they can fool other people and get away with it. Those people always find out that you CAN’T EVER outsmart God!

At a time when it is least expected, God reminds those who purposely set out to hurt others, that He will not allow it to go unpunished. I have seen this happen time and time again.

Some of my own family members will be shocked to know some of what I’ve endured when they read this book.

But I have NO DOUBT… that God has been at work in my life… and if all goes as planned, the book will be ready for the public near Thanksgiving 2022.

I’ve wanted it done sooner
… but God keeps stopping me and giving me new chapters!

Those familiar with this book and the contents…

…those people being some widely known and revered people in the Christian community, feel the book is capable of selling millions of copies.

Stay Tuned… More to come on this!